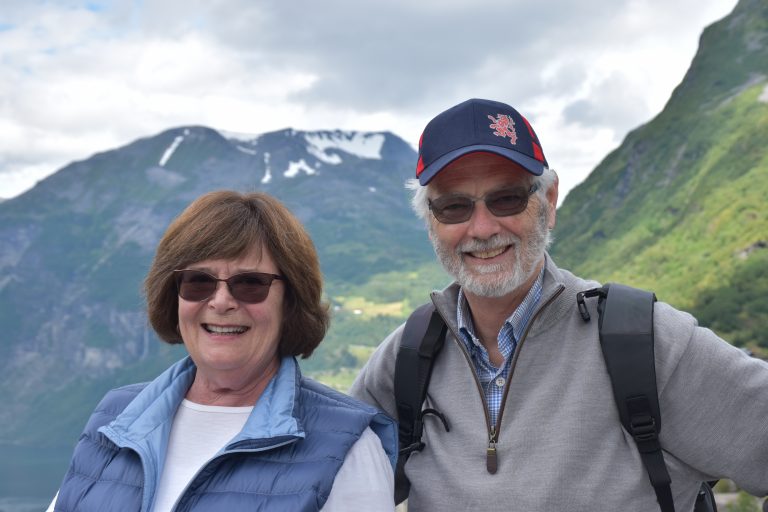 Only a village creates an opportunity for members to develop deep relationships and mutually support one another with the aim of improving quality of life and expanding choices at all stages of aging​.

Rick and Peggy Shriner had a compelling reason for leaving their home of 25 years in Half Moon Bay: a five-year-old “fireball” granddaughter who wanted to spend more time with them. Who can say no to that?

They found a house they loved in Orinda and dove right into fixing it up and spending time with family. About six months later they looked around and realized they’d run out of projects. “You wake up to the fact that you’re in a new area, there’s limited people that you know, and it’s not easy to go out and find your way,” Rick says.

Their son, Matt, had an idea for his parents: Check out Lamorinda Village. Through h is work with senior services, Matt knew the value that maintaining social connections can have as someone ages.

Village board member Andy Amstutz and his wife Carole reached out to the Shriners and invited Rick to join the next Men’s Coffee event. Rick was originally apprehensive but was surprised by what he found. Out of the dozen men who participated that day, only a few were previously friends; the rest were looking to find new connections after wrapping up careers. The man who was new in town, it turns out, was on the same footing as just about everyone else.

Rick and Peggy are now active members of Lamorinda Village. Rick has joined the board and is a regular attendee at Men’s Coffee. Peggy has also joined the Women’s group and is enjoying making new friendships with other women in town.

While other options could provide outlets for volunteering and connecting with others, only a village creates an opportunity for members to develop deep relationships and mutually support one another with the aim of improving quality of life and expanding choices at all stages of aging.

Find out more about Lamorinda Village and sign up to be contacted and receive news and information:

Visit us on Social Media